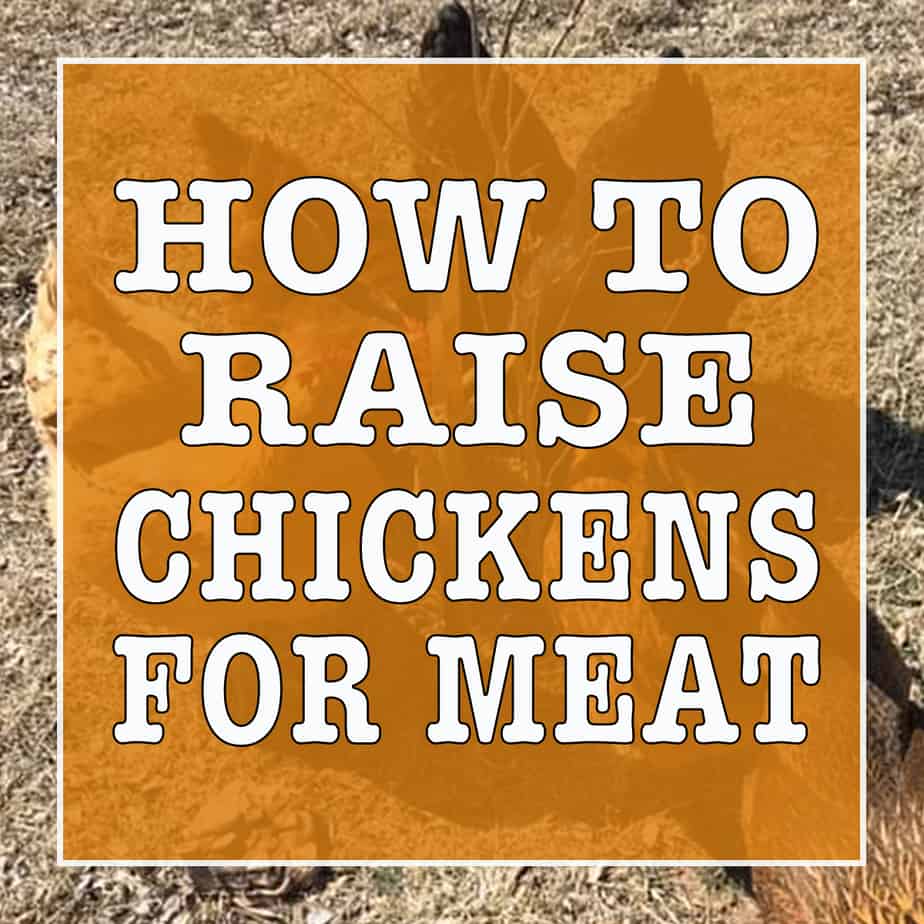 Some people want to know exactly where their food comes from. So, it has become very common to start raising chickens for meat. I know from practical knowledge that this can be spendy. But, you can’t beat knowing what you’re serving your family. Surprisingly, it can take as little as six weeks to get a full-grown chicken. Of course, they don’t just bust out of the egg that size, so it will take some doing before they’re ready to audition for the Colonel or your cast iron skillet. Let’s get them growing, shall we?

Everyone has their favorites, but here are some of the best breeds:

Great because: According to the Livestock Conservancy, they were once considered “the finest flavored American chicken.” The males weigh about 8.5 pounds at harvest, while hens 6.5 pounds.

There are others, of course, but this will get you started.

Stage One: Starting from Scratch

The upfront investment for raising chickens for meat ain’t cheap when you’re starting from scratch.

In addition, little ones doesn’t cost much: 10 Cornish Cross chicks are relatively inexpensive from your local feed and agriculture store.

But you can also save some money and buy more from a hatchery and having them shipped to your home.  At the same time, it’s all the other stuff you’ll need to raise them that makes for a pricey initial investment. What follows are some details about the route we took for our chickens. It is explicitly tailored to raising chickens for meat.

Here’s a breakdown of the initial cost

Where will your chicks live?

Therefore, without going into too much detail, a plastic tub fitted with a heat lamp and a lid you fashion out of chicken wire can work well for housing for about the first month.

Though we used a tub because, frankly, we already had one, we’ve since learned the rounded corners help keep the chicks from piling on one another and suffocating. Who knew?

So, Why the heat lamp? The little ones need warmth to survive.

Moyer’s Chicks, a breeder, recommends that you place an inexpensive thermometer on the chicks’ bedding to get an accurate reading. It’s best if the heat lamp is set up to create the optimal temperature before they arrive.

The trick to helping some broilers gain weight is serving them a higher protein diet and regulating when they eat.

Included in our modest hen haven, we always recommend organic, non-GMO feeds because you are what you eat when you eat their eggs and meat. Plus, it’s healthier for them.

You can use small glass dishes for both their feed and water, but some folks say it’s worth it to invest in a waterer so the chicks don’t go for a swim – which can make them cold, and/or drown. And cold is almost as bad as drowning – since they can die from that as well. This one attaches to a Mason jar you provide, which seems pretty cool, plus you get a feeder for the price.

But, we used a very small glass dish for water, and the only problem we had was the little girls frequently scratching their pine shavings into it. Just ask my dear wife, who dutifully scooped them out and changed the water about seven times a day. Or more.

Whatever you use to hold their food and water, be sure to clean them frequently, as well as their tub/home, since you don’t want mold or bacteria to grow.

Therefore,long story short, the chicks will need to go outside in about a month.

But to keep them safe from predators, such as the neighbor’s dog, foxes, raccoons, or even hawks – a real threat — you want to spend some time and effort constructing a secure area.

It’s not as hard as it sounds. If you have a decently ventilated shed, that could work after you cover the floor with pine shavings and install poles high enough off the ground for roosting. (We used leftover 2x4s for one roost and an old mop handle for another. Recycle and reuse, right?)

Or, if you’re really handy, you can build your own coop and save a few bucks – but probably not a lot of time. There are tons of designs available here.

Here’s a Breakdown of Our Coop Costs

When we relocated not long ago, our small-time chicken operation had to start all over from, ahem, scratch.

Since we didn’t have much time to get our hens settled, I bought a “Large Barn Chicken Coop” for a cost of $299.

The unit lacks protection from blowing rain and snow, so this necessitated the addition of another form of shelter – and we opted for something called an EZEE Shed.

Therefore, after mounting the EZEE Shed on a subfloor my son and I built to keep the girls high and dry, it kinda reminds me of structures that now crowd the coastlines of South Florida.

These costs are for a small, 10 x 10-foot chicken run. (Our run is about 30 x 40 because we wanted to give them plenty of room to roam. It’s also healthier.)

Between the so-called Large Barn Chicken Coop and the Chicken Condo fitted with 2x4s for roosting, we definitely have the feeding and sleeping areas covered. But without some type of perimeter fencing, predators are bound to get them.

Since we started raising layer hens, we’ve had dogs, and a fox tries to get inside unsuccessfully.

Bottom line: You need a fence surrounding their coop and run and bird netting over the top.

What to do About that Fence

Rip a 12 foot 2×4 and use some deck screws to fashion a frame for your door. Then staple some utility fencing and chicken wire to it. Zip ties will make decent hinges, and a few pieces of rope or bungee cords will lock them in.

After you erect your utility fence and cover the lower part with chicken wire, use bird netting to ward off predators from above. Buy it depending on the size of your run – the place where they will hunt for bugs and such when you’re not letting them roam your property.

We used zip ties to connect the bird netting to the fence and two pieces of 10-foot PVC pipe like tent poles to hold the netting up. You can get PVC at just about any plumbing store.

So there you have it: A secure coop and run

You won’t need a nesting box, but after you add a water container and a hanging chicken feeder, you and your broilers are good to go.

Unless you plan to raise them continually, they won’t be around more than two to three months. And that means feeding, and other costs go down.

It’s too soon to alert the accounting department to significant savings — since you’ll need to buy some stuff to “process” them, but hey, it’s better than nothing.

Here’s a Breakdown of Your Monthly Costs

Nailing down the exact monthly food and treats expenses has been tricky for us because as long as the weather’s good, we let them free range. But Organicfeedstore.com has handy charts that show the approximate amount laying hens and broilers eat as they grow. 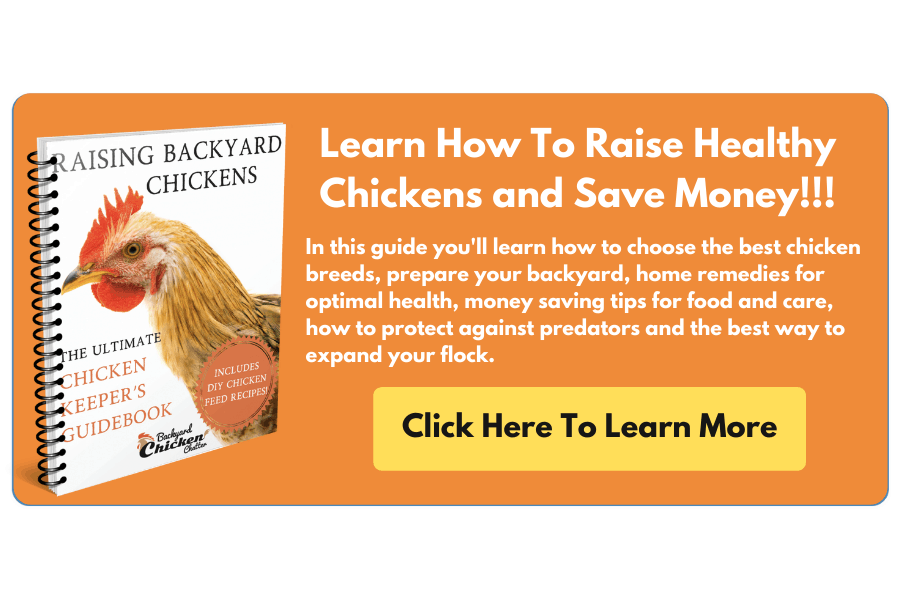 For example, they say a Cornish Cross will eat about 3 pounds of food by week 8, the optimal time for them, shall we say, to begin their trip to your dinner table. They also emphasize giving them plenty of fresh water since it helps them digest their food.

Prepping the Meat Yourself

So there you have it: A brief guide to raising chickens for meat. We didn’t talk about all the other benefits of having them on your property, such as eliminating bugs, improving your compost pile with their droppings, and the fun of raising them. Or the fact that now you’ll be able to continue to raise broilers or even layers. But just the ability to provide your family with a great tasting source of protein in uncertain times may be enough reason for you to give it a try. And, you’ll know exactly where your fried chicken came from.

Below is a Pinterest friendly photo…. so you can pin it to your Doodle Board!! 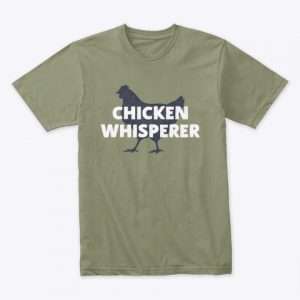 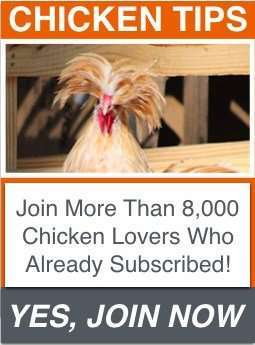 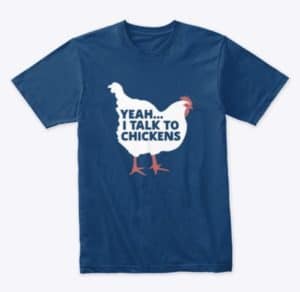