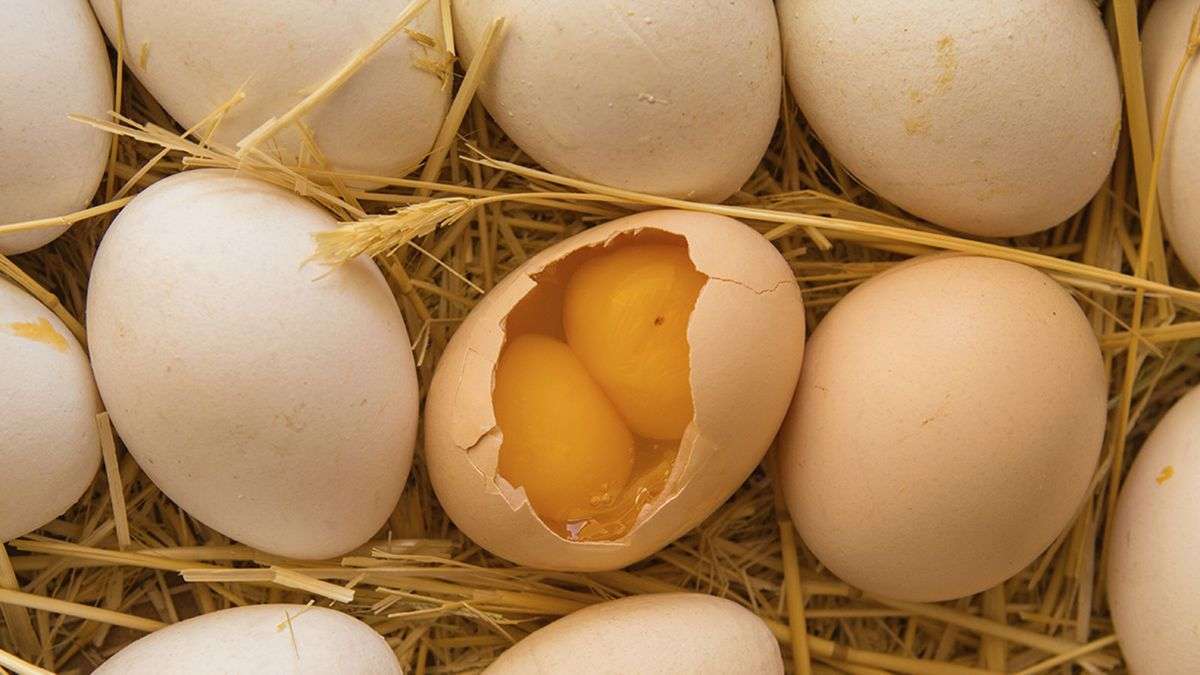 Let’s explore the spiritual meaning of a double yolk egg. Finding a double yolk egg isn’t something that happens every day. While some may not give it a second thought, others, including myself, might get worked up. and wonder if they’re about to experience something tremendous or extremely misfortune. I mean, there are a lot of things out there with a spiritual meaning, and this can be simply one of them.

What I know for sure is, as rare as it is, I can’t be the only one who encountered a double yolk egg, so I decided to search for what it means, and here I am today with all the answers, so, let me tell you all about it.

Are you wondering if the universe is sending you a message or granting you a peek into the future by giving you a double egg yolk? Keep on reading to find out more about some interesting spiritual meanings behind double egg yolks that could have never crossed your mind. 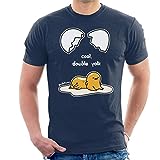 Well, this one is no surprise. We’ve all heard this a thousand times. Black cats are bad luck; double egg yolks are good luck. However, there’s a deeper explanation for it. It isn’t just that something good is about to happen; you can technically consider yourself a lucky person.

2. The Start of Something New

Perhaps this is the most mysterious spiritual meaning of a double yolk egg, as they have been tied to “new beginnings” during the early days of Christianity. In fact, it’s one of the reasons why we color eggs on Easter. According to the Christin legend, eggs symbolize regeneration, birth, transformation, revival, resurrection, and origins.

Surprisingly, though, Christians weren’t the only ones who believed that eggs are tied to new opportunities. As it turns out, eggs were just as important in the Pagan rituals as they signified new and interesting transformations like the “awakening of nature” in spring after winter.

Long story short, it’s clear that many cultures believed that eggs, let alone double yolks, have a positive impact on the universe, so if anything, a double yolk egg could signify that something major yet miraculous is about to happen. 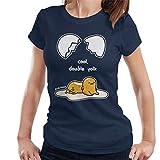 Are you or any of your close family members expecting? Some old stories and myths suggest that double yolk eggs could mean having twins. Of course, there are much more advanced ways to find out about this for sure, but I’m just saying it’s a possibility.

As superstitious as this reason sounds, I find it extremely interesting, especially if you do know someone who’s currently pregnant. It adds some suspense for someone who still hasn’t had their first sonogram.

Some believe that cracking a double yolk egg open denotes some sort of separation between you and a close or beloved one. They argue that this happens because the two egg yolks that have been inside the egg have just been separated, so you should take it as a sign that the same thing will happen in real life.

Don’t fret, though; this separation doesn’t indicate death. You may just split up with a lover or go in different directions.

I know how this one sounds, we all wish it was true, but there’s no way to know, I guess. Regardless, some do believe that if your egg is “rich” in egg yolks, it’s a sign you are about to get richer yourself.

They take the double yolks as a sign that you’ll be getting more value for your money than many others. Consequently, your financial condition will soon improve. And it doesn’t just stop at finding a double egg yolk. According to such a myth, the more yolks you find inside an egg, the better because it indicates you’ll get even wealthier.

Some spiritual meanings have no story or proof, but I’m still curious about them, like the meaning that denotes something is about to happen twice. Some cultures did believe that double yolk eggs are simply a sign of repetition or that an event from their history is about to repeat itself.

Also, it could mean that you have a long-lost twin who you have no idea about and should start searching for. Some even said that if someone found double yolk eggs, they might have an actual soulmate rather than a twin, just another spirit that’s somehow connected to them.

Another meaning that I came across is that it could be a warning of the death of one’s self or someone close. Yet, I believe that that’s the weakest of all meanings because such belief didn’t continue for so long.

Although hens are totally different from humans, the universe goes around in a consistent manner. In other words, the reason why Hens lay double yolk eggs isn’t much different than why humans have twins. Despite the differences between a hen and a female human reproductive cycle, some concepts just don’t change.

Hens have ovaries filled with thousands of ova that are soon to form egg yolks. Supposedly, every egg should contain one ovum, and accordingly, one egg yolk. However, if the hen releases two ova in one egg, you get double yolks, and if it releases three, you get three egg yolks, etc.

Can I Eat a Double Yolk Egg?

Yes! Double yolk eggs are perfectly safe to eat. I understand how unusual it is to come across such eggs. Accordingly, some might think that such eggs are unhealthy and can do more harm than good. The truth is, this is not true at all!

It obviously is; even though I’m lucky enough to have cracked two eggs with double yolks, chances are, some might not experience it at all.

As for how rare finding a double yolk is, things are a bit more complicated. If we’re talking about the same hen, the chances are, one in every 1,000 eggs will have double egg yolks. However, it might not even happen because some hens are more prone to double yolks than others.

On the other hand, the probability can be a bit higher for some hens. Accordingly, you might find several double yolk eggs in the same cartoon as they came from the same farm, and thus, the same hen.

There’s a common misconception that double yolk eggs are genetically modified, and therefore, people usually throw such eggs away. But again, that’s not true!

Since I’ve explained the science behind double yolk eggs, you should be certain that these eggs are produced normally without any genetic interventions whatsoever. So, as I was just saying, these eggs are safe, and you don’t need to fear eating them.

It’s fun to know more about the spiritual meaning of a double yolk egg. Yet, one shouldn’t count on it. As you probably already concluded, most of the meanings are irrational and have nothing to do with science whatsoever. After all, most of them come from old myths.

So, just because someone believes it’s related to death or experienced an unfortunate incident after cracking a double yolk egg doesn’t mean the same thing will happen to you.

The purpose of this article is to open your eyes to some spiritual beliefs that you can relate to if they do happen. For example, haven’t you read this article, the double yolk egg you found a couple of days ago would never pop into your head if you got a raise or got lucky with a job offer, but now it would.

However, that’s as far as it gets, so you shouldn’t keep waiting for one of these meanings to actually happen.